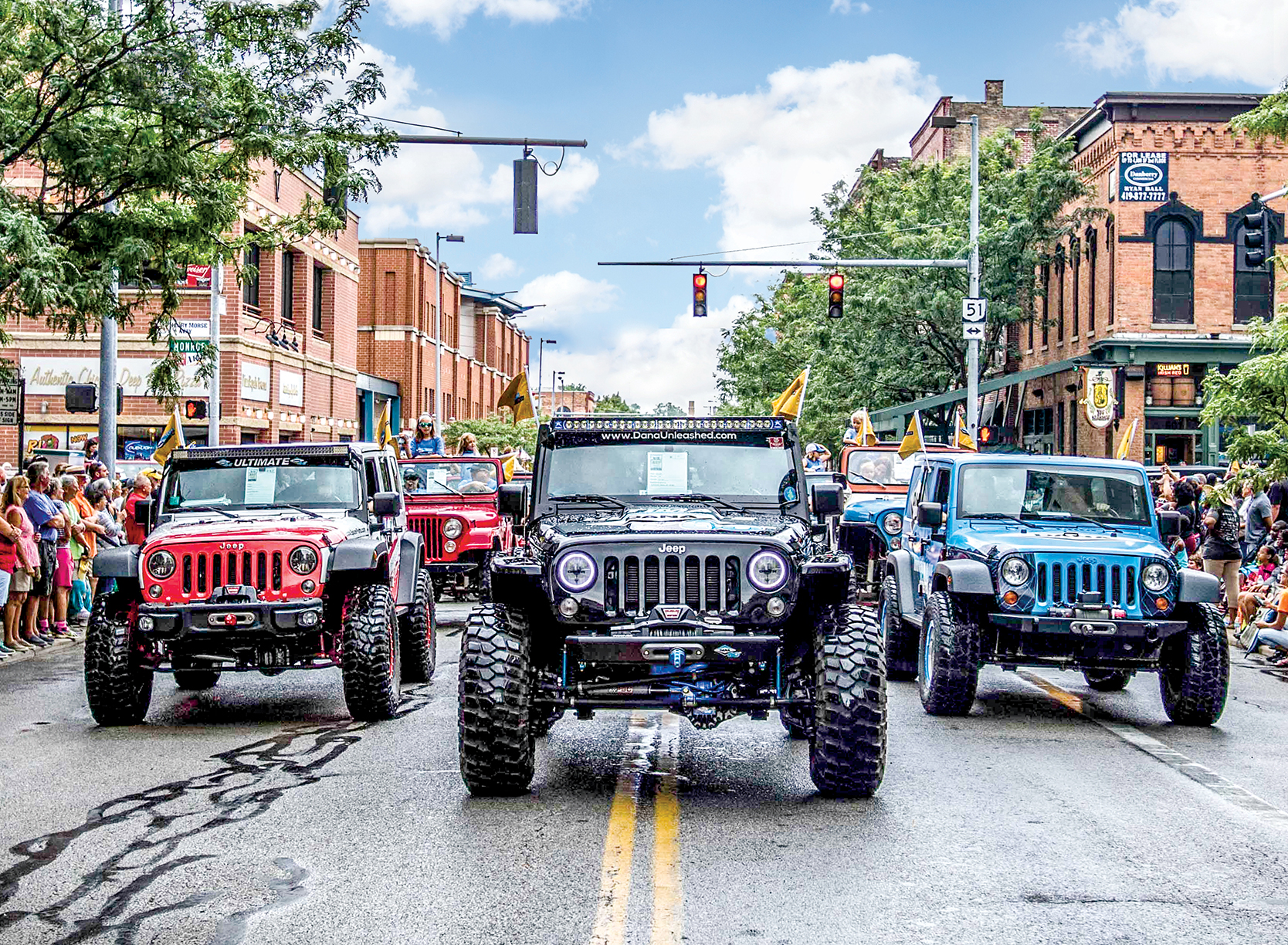 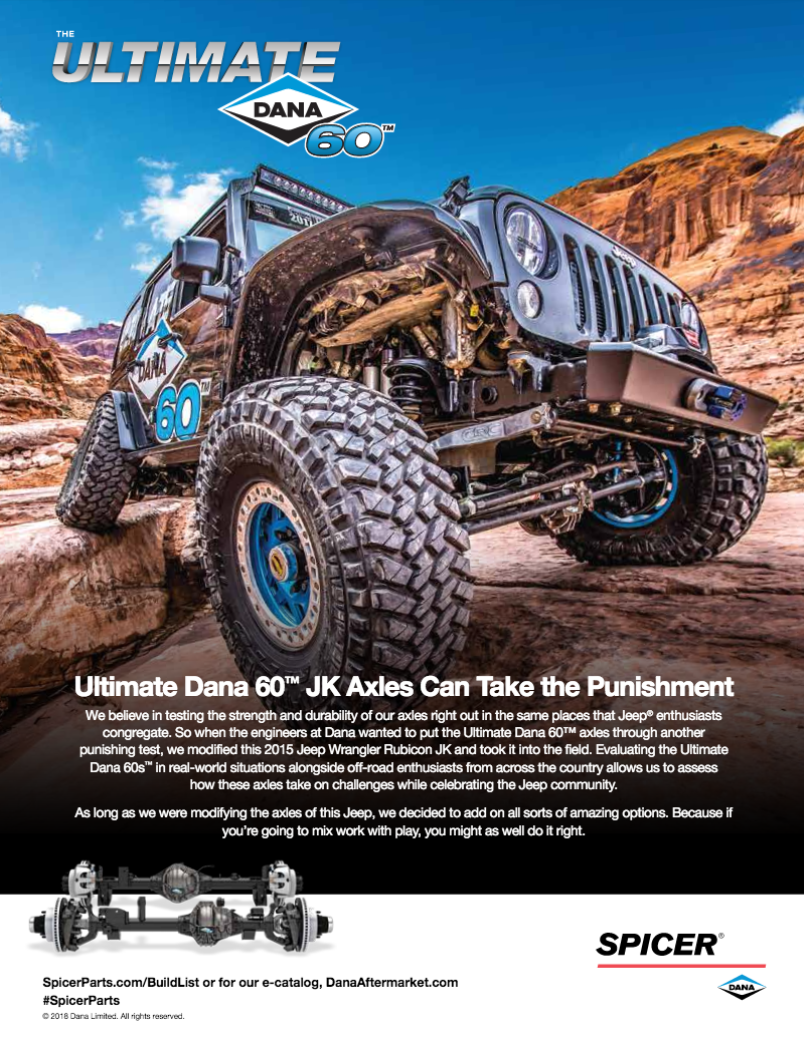 When the engineers at Dana wanted to put the Ultimate Dana 60® axles through another punishing test, they modified this 2015 Jeep® Wrangler Rubicon JK with these, and many other upgrades. Then, they took it to the field to evaluate the parts in real-world situations. 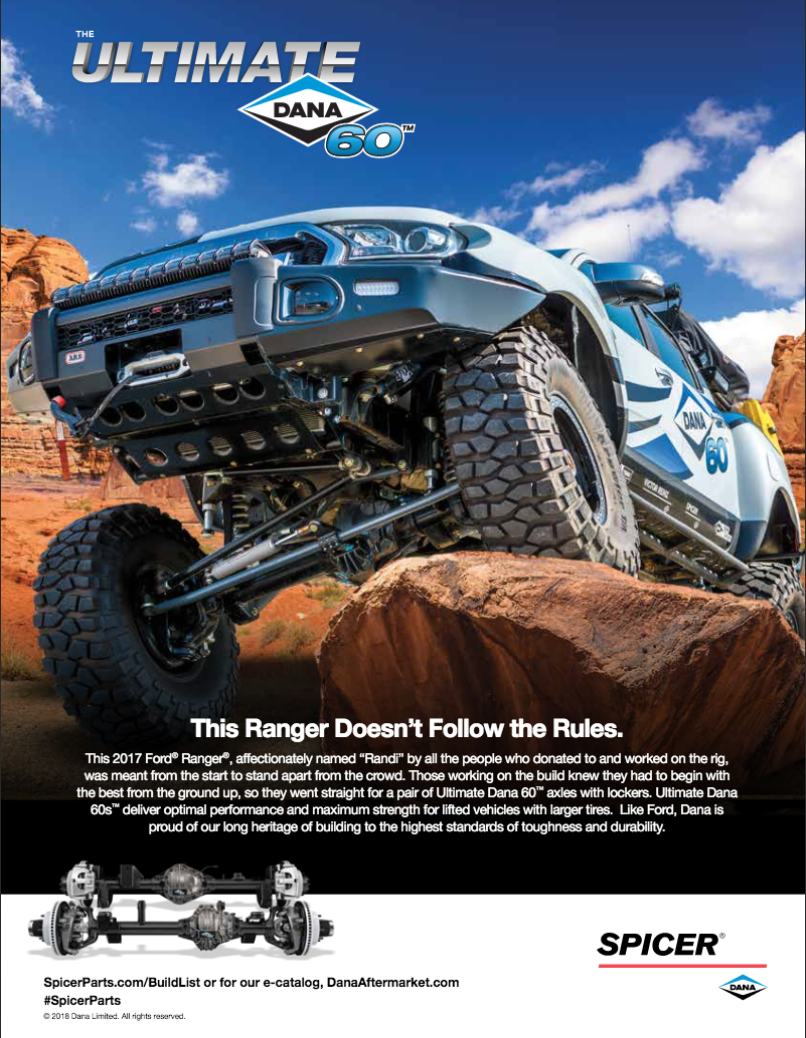 This 2017 Ford® Ranger® stands apart from the crowd. Ultimate Dana 60® axles with lockers deliver optimal performance and maximum strength for lifted vehicles with larger tires. Like Ford, Dana enjoys a long heritage of building to the highest standards of toughness and durability. 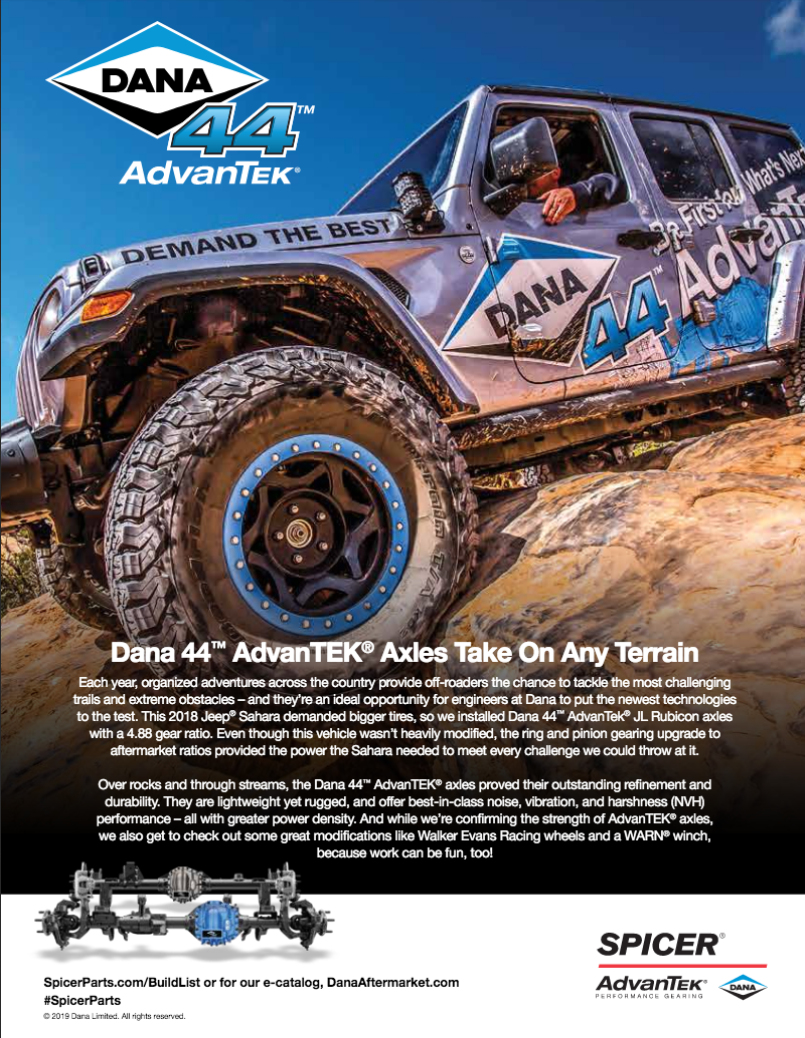 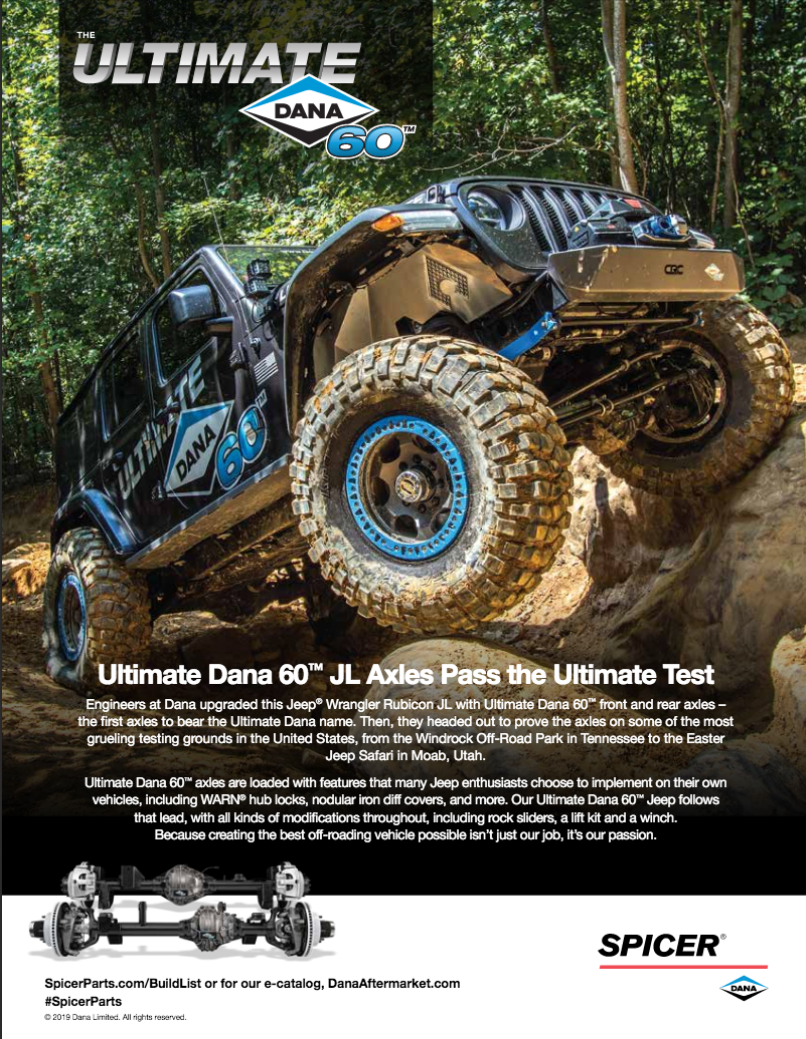 This upgraded Jeep® Wrangler Rubicon JL features Ultimate Dana 60® front and rear axle that are loaded with features, including WARN® hub locks, nodular iron diff covers, and more. This Jeep sports all kinds of modifications itself, including rock sliders, a lift kit and a winch. 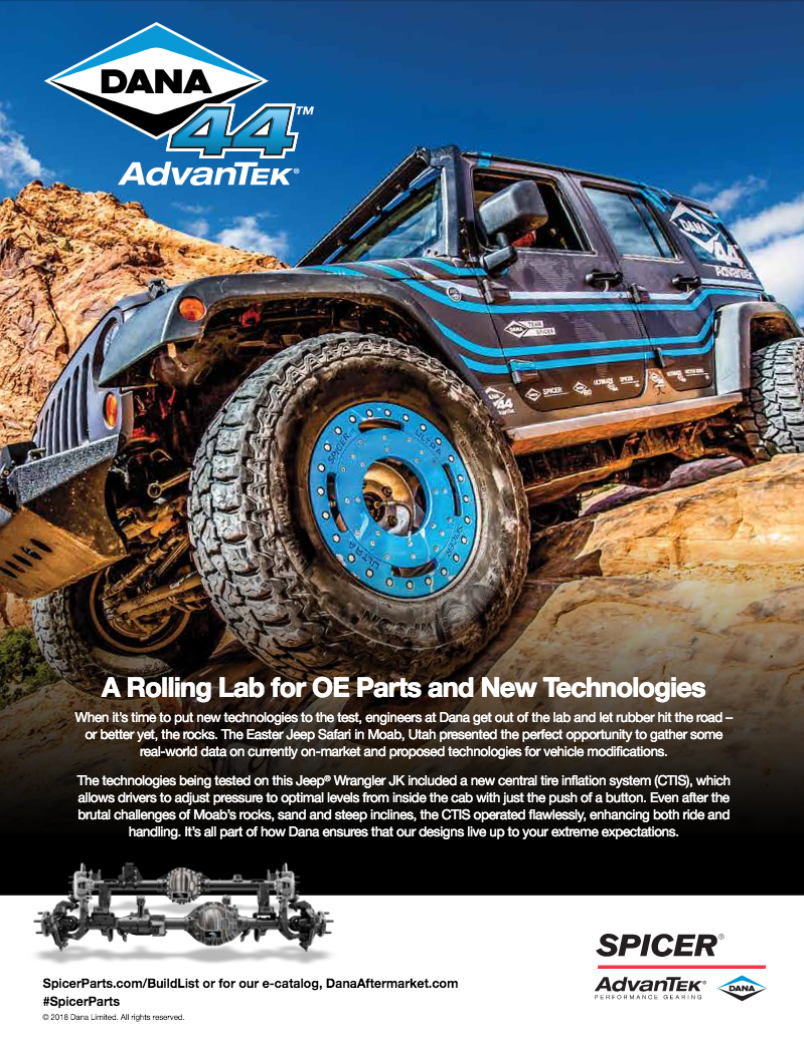 A Rolling Lab for OE Parts and New Technologies

Dana engineers tested a prototype central tire inflation system (CTIS) on this Jeep® Wrangler JK, which allows drivers to adjust pressure to optimal levels from inside the cab with just the push of a button. Even after the brutal challenges of Moab’s trails, the CTIS operated flawlessly. 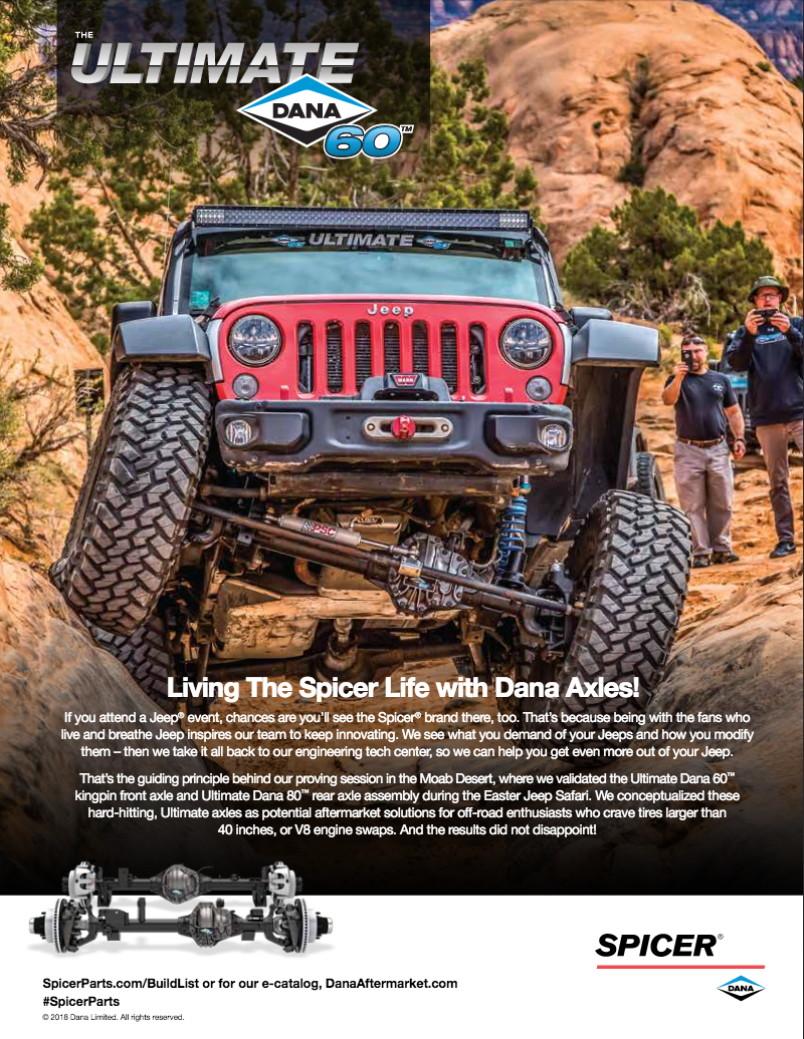